When I first became aware of the #MenAreTrash hashtag it was never a stand-alone thing. The hashtag always preceded or followed a story, in less than 140 characters on Twitter, about why men are trash. Every reason for using the hashtag was real. Horrific stories of rape and abuse shared the hashtag with downright rude stories about men dissing women and girls for how they looked, dressed, spoke. One tweeter used #MenAreTrash to describe the total stranger who flooded her with unsolicited dick pics. Another posted a picture of her black eye. There was the one who addressed her harasser personally, and another who posted a thread of daily incidents of harassment she had experienced since puberty. It was a long list. Sometimes #MenAreTrash was the single word answer to a tweet that was sexist or inappropriate or ugly towards women.

Close friends of mine took the hashtag personally. Sane men, who understand white privilege and systemic racism; men who have spoken out in defence of #BlackLivesMatter and who took pains to explain the wrongness of the #AllLivesMatter backlash, struggled with #MenAreTrash. They couldn’t help themselves. They took it personally. I was shocked. I was forced to explain #MenAreTrash more than once to those who were hurt by the hashtag and the message behind it.

This is how I explained it. If you are white and you have been working to understand racism and privilege and you see #WhitesAreRacist you should, after a moment to digest the usual default knee-jerk response, be able to walk on by, acknowledging that for the most part it is true, but that you don’t have to take it personally. Same thing for #MenAreTrash. If you are a man who works hard to break down the gender stereotypes, who has a clear conscience regarding the objectification of women, and a man who keeps standing up and calling out men who behave inappropriately towards women, then you should be able to walk on by, acknowledging that men are trash does not mean you.

Unfortunately, men have been outraged by #MenAreTrash. A lot more outraged by far by that hashtag then by the reasons behind it. Hysterical, loud and vitriolic responses have included trolling, threatening and even physically harming women for using the hashtag. See the irony there?

And it is a never-ending cycle.

Show us it isn’t so.

Megan Furniss is a South African born playwright, actor, writer, director, blogger and improviser. She likes to find spaces to let her big mouth and big opinions be heard and seen. She lives and works in Cape Town. It’s a love hate relationship. 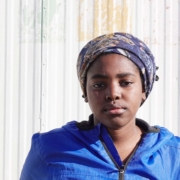 A Toolkit to Support Rape Survivors

How to Write About Rape

Who Is In Charge of My Health?

Rape does not start in the bedroom