The Commission on the Status of Women (CSW) is the principal global intergovernmental body exclusively dedicated to the promotion of gender equality and the empowerment of women. The CSW is instrumental in promoting women’s rights, documenting the reality of women’s lives throughout the world, shaping global standards on gender equality and the empowerment of women and in mainstreaming a gender perspective in UN activities.

During the Commission’s annual two-week session, representatives of UN Member States, civil society organisations and UN entities gather at UN headquarters in New York. They discuss progress and gaps in the implementation of the 1995 Beijing Declaration and Platform for Action, the key global policy document on gender equality as well as emerging issues that affect gender equality and the empowerment of women. Member States agree on further actions to accelerate progress and promote women’s enjoyment of their rights in political, economic and social fields.

The Commission adopts multi-year work programmes to appraise progress and make further recommendations to accelerate the implementation of the Platform for Action. These recommendations take the form of negotiated agreed conclusions on a priority theme. At each session the Commission:

The sixty-third session of the Commission on the Status of Women is currently taking place at the United Nations Headquarters in New York until 22 March 2019. Representatives of Member States, UN entities, and ECOSOC-accredited non-governmental organisations (NGOs) from all regions of the world are expected to attend the session.

This year the priority theme is “Social protection systems, access to public services and sustainable infrastructure for gender equality and the empowerment of women and girls”.

When infrastructure, public services and social protections are lacking, women and girls are often the ones that feel the greatest impact. Their needs must be factored in when policies are designed. Their voices must shape the decisions that affect their lives.

At the Rape Crisis Cape Town Trust we are interested in the South African government’s promise to roll out specialised sexual offences courts across the country so that all rape survivors have access to the support they need, when they testify against rapists in court. The infrastructure required in these courts can be extensive and include separate entrances, waiting rooms and bathroom facilities for survivors so that they do not interact with the accused rapist and become distressed before they even enter the court room. It also includes Closed Circuit Television (CCTV) in court rooms together with a separate intermediary room from which vulnerable rape survivors such as children, survivors suffering extreme trauma and survivors with mental disabilities can testify. Private consulting rooms for rape survivors to meet with a court supporter before they testify must also form part of this court layout. Many courts will need rebuilding to accommodate this kind of infrastructure. Our Rape Survivors’ Justice Campaign (RSJC) is designed to make sure our government provides the infrastructure required.

Read our next blog on why CSW63 matters to all of us and join us and share your experiences and ideas about specialised sexual offences courts to make sure that #CSW63 knows and understands this issue. We have put together a social media package to help you.

You can copy and paste this selection of Tweets or Facebook posts in support of improved sexual offences court infrastructure into your Twitter feed this week: 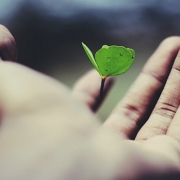