Part 1: The History of Sexual Offences Courts in South Africa 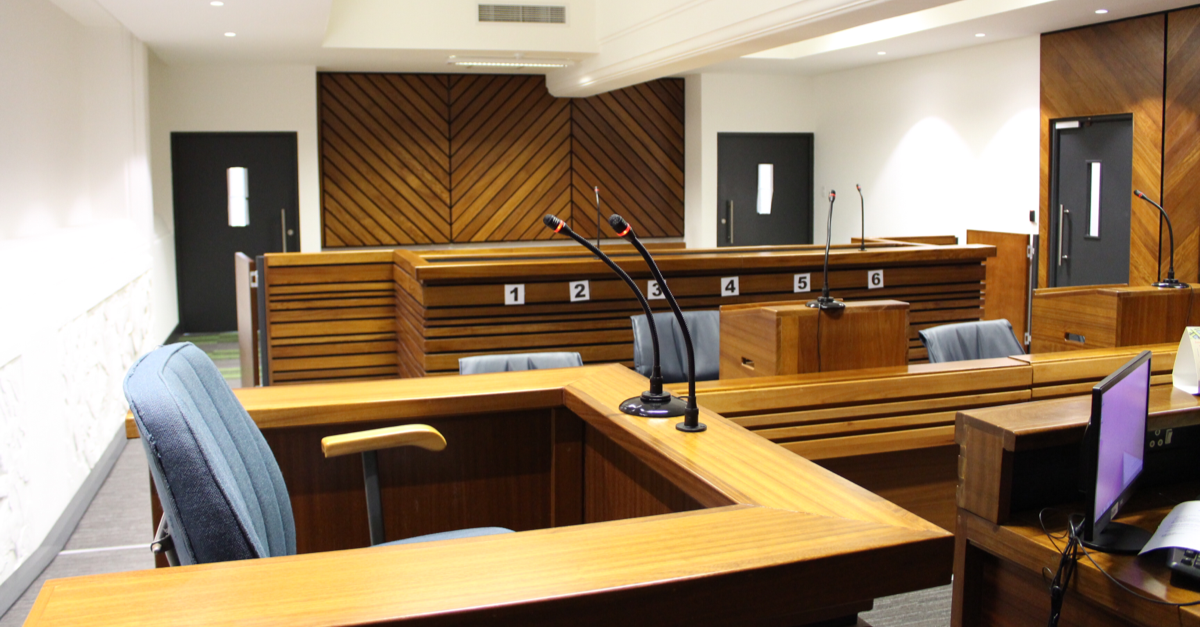 We’re going to tell you a story that has four parts. It’s a complicated story, but we’re going to try to tell it in a simple way.

It is a story where language and meanings change. The very definition of words and crimes change. But, the attitudes and norms of society don’t change very much at all.

This story takes time – twenty-six years to be specific. It has lots of twists and turns, but at its core, this is a story about the perseverance of women’s rights activists, and their commitment to the idea that the justice system should have victims and survivors of crime at it centre.

It’s not quite a choose your own adventure, but you do get to choose the ending.

The story begins in 1993, a year of significant change in South Africa.

Doc Martens and plaid were in fashion (there may have even been the beginnings of tie-dye). Whitney Houston, Janet Jackson, Maria Carey, and UB40 dominated the global music charts.[i] In local music, Johnny Clegg released his hit, The Crossing, and Boom Shaka told us ‘It’s about time’. Jurassic Park and Mrs. Doubtfire were hits at the movies and the World Wide Web was shared for the very first time for free with everyone who was able to access it.

The country was just more than a year away from the first democratic election. In April, Chris Hani was assassinated, and Oliver Tambo passed away. In May, Nelson Mandela addressed a joint sitting of the UK Parliament.[ii] By November, 21 political parties approved South Africa’s Interim Constitution. It included the fundamental rights of equality, life, and human dignity.[iii]

South Africa had only four provinces, and an ugly, mostly orange, flag. Five Rand was still enough money that it justified a note (purple, JVR on the front).[iv] FW De Klerk was President.

What we’re trying to say is that the part 1 of this story begins a long time ago.

A long time ago, in 1993, the levels of sexual violence in South Africa were already extremely high. In fact, in 1992, the then Minister of Law and Order indicated that 24 700 rapes were reported that year – an average of 68 per day.[v] Already then, people were suggesting that we had the highest rates of rape in the world.[vi]

This is particularly startling because at that time the word ‘rape’ was only used in a narrow sense to describe a certain type of crime. Rape was, at that time, “unlawful sexual intercourse with a woman without her consent.” It meant that rape only happened between a man and a woman, and only under very strict conditions.

To prove rape, you had to have four essential elements in place.[vii] First, the state of mind of the man – he had to have intent (mens rea) to rape. If a man believed that the woman had consented, even if that belief was unreasonable, he didn’t have mens rea, and it wasn’t legally rape.

Second, the sexual intercourse had to be unlawful in nature. At the time, rape in a marriage did not legally exist because to be married was to give lifelong consent for intercourse.

Third, the law only applied to a male penis penetrating a female vagina. Anything else was indecent assault. Men could not legally be raped.

Finally, the act had to occur without the consent of the woman. The woman had the duty of indicating her lack of consent with a ‘manifestation of resistance’. In simple terms the law required her to fight back. But, if she had ‘submitted’ to sex because of intimidation or fear, she had also not consented.

This narrow definition meant that many people who experienced rape could not report it to the police and could not ever go to court.

Yet, despite this limited definition, thousands of rapes were reported in 1992. Over 20 000. And, as a result, these rape survivors, and the survivors of other forms of sexual assault, were passing through the court system each year, seeking justice.

In 1993, women’s rights activists lobbied for better court services for rape survivors. They knew that reporting a rape was a painful thing to do, and that it required courage. They knew that it was easier to be courageous when you believed that there would be others who supported you.

They also knew that the political system was about to change, and that this was a moment to be seized upon. For the first time women’s interests could be taken seriously by lawmakers and Parliament. The interim constitution had promised a new, radically different country where,

“all South Africans will be entitled to a common South African citizenship in a sovereign and democratic constitutional state in which there is equality between men and women and people of all races so that all citizens shall be able to enjoy and exercise their fundamental rights and freedoms.”[viii]

But women’s rights activists knew that just because you have a right, doesn’t mean it’s easy to use it, and it doesn’t mean the journey to freedom and justice would be easy. They wanted to make sure that when a woman went to court after experiencing a sexual offence she encountered a place and people that made her feel supported.

They also wanted to make sure that the court system worked – that everyone was doing their job so that the case could be heard in a fair way, and that each case had a real chance at ending in a conviction. In hindsight, this may seem like a small thing to ask, but this was a big ask of a justice system that had, until then, only been working for the few.

The moment was seized. The voices of women’s activists were heard. That year, the Attorney-General of the Western Cape began a pilot project to test whether special courts could make a difference to the way that sexual offences cases were heard.

The Wynberg Project, as it came to be known, saw the establishment of the very first Sexual Offences Court (SOC) at the Wynberg Regional Court in Cape Town.[ix]

Wynberg Court is a tall brown-brick building on the corner of Court Road and Church Street in the leafy suburbs of Wynberg, Cape Town.

If you visit it you’ll see that it towers up in gothic style, with five floors above the entrance level, each with an identical row of eight windows, and two air conditioner cooling units poke like gargoyles out of the building on the right side. It is a building that means business.

Conveniently located next to the police station, and clearly built by the same architect, the court is just one road away from Electric Road, the site of one of South Africa’s first electric power plants. Across the road is the Maynardville park, where several times per year open-air theatre is performed.

At the edge of the court precinct is a tiny café, decorated in the usual Coca Cola advertising, selling the usual fast and fresh foods for the hungry who work in and visit the court. Open from 7.45 am to 4.15 pm the court has just over eight hours a day to process the cases that come its way.

This was the site of the Wynberg Project, all those years ago. This was where it all began.

The project had three goals.

One: that every person working for the government that a rape survivor met when she went through the court system was sensitive, kind, supportive, and gave her information that would help her understand what was going to happen.

Two: that although the people working on a rape or sexual offences case might come from different departments they had to work together. This meant that there was a need for the police officer who took down her report and investigated her case, the doctor who examined her, the social worker who supported her, and the prosecutor who sought justice for her to all listen to and to work with each other.

Three: that rapes and other sexual offences were reported, investigated, and prosecuted in court so that more rapists would go to jail.

An additional effort made during the Wynberg Project was to ensure that the actual court building was organised in a way that would make going to court less traumatic for a survivor. For example, they wanted to make it less likely that she’d bump into other people in the court building, especially the person she had accused of raping her. It meant that survivors of sexual offences could wait a separate waiting room that was more comfortable to wait in than the ordinary court waiting areas and had child-friendly furniture.

The Wynberg Project meant a radical rethinking of the court as a place not just for cases, witnesses, and justice but as places for people.

Find out more about whether it was successful in Part 2: The Rollout of the First Sexual Offences Courts.

[viii] The Interim Constitution of South Africa (Act 200 of 1993) Preamble. Accessed via https://www.gov.za/documents/constitution/constitution-republic-south-africa-act-200-1993

[ix] The Department of Justice and Constitutional Development (2013) Report on the Re-establishent of sexual offences courts: Ministerial Advisory Task Team on the Adjudication of Sexual Offence Matters. August 2013. http://www.justice.gov.za/reportfiles/other/2013-sxo-courts-report-aug2013.pdf Accessed 14 May 2019

The Best Internship Ever: Reflections on My Time with Rape Crisis

Part 2: The Roll Out of the First Sexual Offences Courts
Scroll to top