Yesterday marked one week since our “small” victory in a relatively small committee room on the fifth floor of one of the buildings of Parliament. I use quotes because actually it was no small victory and here is why:

The Parliament of South Africa has two main functions. The one is to make and pass laws (legislate) and the other is to oversee the actions of government departments (provide oversight). However, most of these functions are not performed in the National Assembly or the National Council of Provinces and broadcasted over national television with larger-than-life politicians waving their arms and making elaborate arguments. No, most of Parliament’s work happens when Parliamentary Oversight or Portfolio Committees, consisting of members of parliament, meet in much smaller committee rooms to discuss issues relating to the specific portfolio. This can include pieces of legislation, reports or actions taken by the relevant government department.

It was in such a committee room that we found ourselves one week ago. We, together with the Women’s Legal Centre, received a very last minute invitation to speak to the committee on Justice and Correctional Services about the legislation providing for the establishment of sexual offences courts. This was after we handed in written comments to the committee about this legislation in March. The invitation provided us with the opportunity to explain to members on the committee and to the Deputy Minister of Justice why exclusive sexual offences courts are the only way to ensure higher conviction rates in sexual offences cases while providing the much need support to survivors of this type of crime.

During a long discussion, members raised concerns about an alleged lack of resources of establishing exclusive sexual offences courts. The Department of Justice and Constitutional Development (DOJ) confirmed the apparent unwillingness of magistrates to hear cases in exclusive sexual offences courts. We reminded the committee of the promise that the government has already made to roll out these courts and we responded to the concerns raised.

As a result of this heated argument, the Deputy Minister of Justice, Min. John Jeffrey, offered to arrange a meeting where we will be able to discuss this with the Regional Court Presidents, representing the magistrates that have to hear these cases, as well as the Department of Justice. This meeting will provide a great opportunity for the Rape Survivors’ Justice Campaign to continue to lobby and advocate for the rollout of sexual offences courts to make sure that all survivors of sexual offences have access to survivor-centred justice. We were very encouraged by the commitment of the majority of community members to addressing the high rates of rape in South Africa.

Bringing about change in the criminal justice system by ensuring that all survivors have access to a sexual offences court, is a big task and such change is often difficult to measure. However, big change occurs as a result of seemingly small victories in unimpressive rooms on Thursday afternoons. When you follow us on Facebook, you help amplify our small victories in order to achieve big change.

Jeanne is the Advocacy Coordinator at the Rape Crisis Cape Town Trust and heads the Rape Survivors’ Justice Campaign. She likes wine, pizza and recently rediscovered her love for mystery novels. 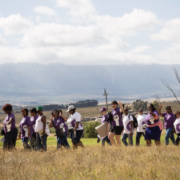 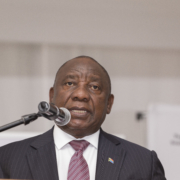 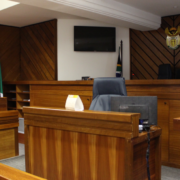 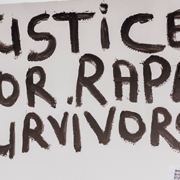 A Letter to the President 2.0