President Ramaphosa signs the Declaration on Gender Based Violence and Femicide at the Booysens Sexual Offences Court opening earlier this year. 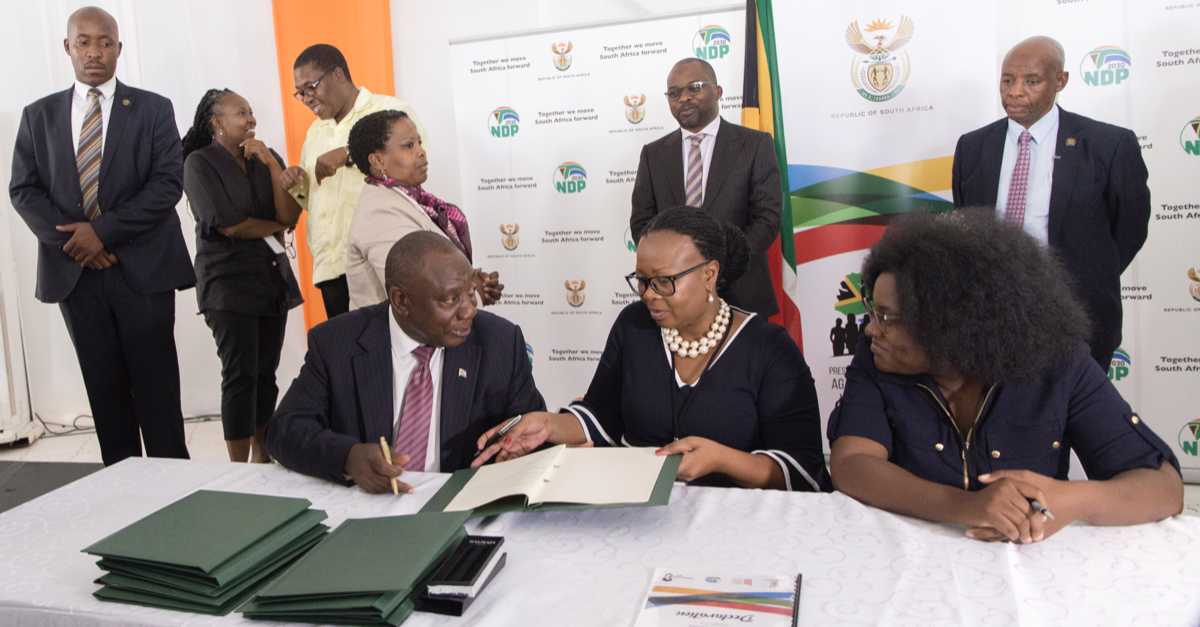 In a pre recorded address to the nation today, President Ramaphosa made a number of commitments to end Gender Based Violence in South Africa. Part of his speech included a roll call of dead women, who died at the hands of men.

Critically he failed to put a number to his commitments in terms of money. The policy issues he did mention mostly looked like more of the same.

The policy focus of the President on longer sentences, no bail, and an overhaul of the register of sex offenders to ensure it is effective, will not address the fact that so few perpetrators are caught and prosecuted. The register has failed so comprehensively that it is hardly worth rescuing.

The roll out of sexual offences courts is welcome, but the failure to provide standards in the form of regulations mean that services are not provided uniformly, or at all.

The President suggests that the national machinery must be reviewed. His failure to appoint a credible political heavy weight to the Department of Women tells us that the political priorities remain elsewhere.

We must indeed end violence against women and children, as the President has said. Until this call is backed by resources, it is an empty call, and will bring no relief to women of this country.

Claiming the Right to Health after Rape
Scroll to top