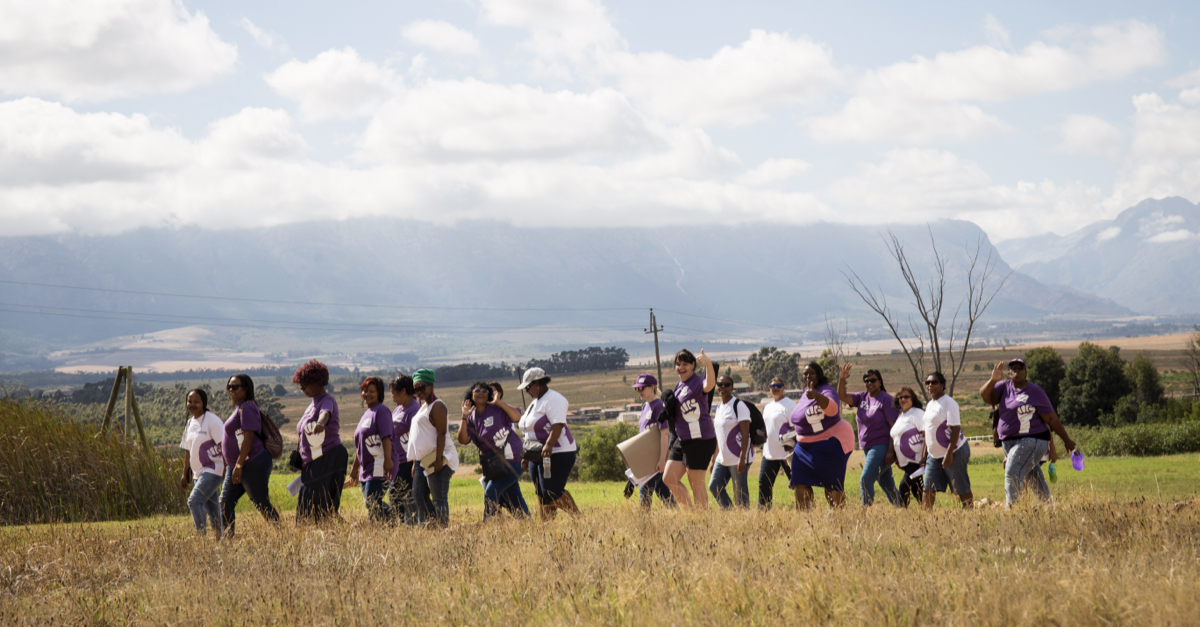 The Rape Survivors Justice Campaign (RSJC) and its coalition partners intend to hold government accountable for the promised roll out of specialised sexual offences courts. These courts are specialised in offering the right kind of support to rape survivors when they need it most, and it is this factor that we believe is key to improving the conviction rate for rapists, sending more rapists to jail and increasing people’s faith in the criminal justice system. If people feel more confident that justice will be done, we believe that more survivors will report rape. We believe rape survivors will feel more confident to testify in court if they are well supported in different ways at these special courts.

Our plan is to monitor the government’s roll out of specialised sexual offences courts across South Africa and to conduct an advocacy campaign to ensure that the government meets its promises. At this point that means a target of an average of ten new courts per year for ten years. The Rape Survivors Justice Campaign Journey forms part of the Rape Crisis Cape Town Trust’s vision of a South Africa in which women are safe in their communities and where the criminal justice system supports and empowers rape survivors and acts as a deterrent to rapists. Our shared mission is to promote safety in communities, to reduce the trauma experienced by rape survivors, to encourage the reporting of rape and to work actively to address flaws in legislation.

This is how we hope to achieve that vision and mission.

It all starts with community action

The process of igniting a campaign such as this starts ‘on the ground’ as it is a community-led movement. In communities across Cape Town community activists join the Rape Survivors Justice Campaign to advocate for specialised services for rape survivors. They work together with the more experienced activists within the organisation, who train them in community advocacy and support them in practising these skills.

In addition to this our Rape Crisis community educators work with communities where rape rates are high, to build awareness on the rape survivor’s pathway through the criminal justice system through talks and workshops. Through these activation workshops community members share their experiences of the challenges they face in the criminal justice system because of poor services and flaws in legislation. When these stories are shared many community members feel angry and frustrated and this inspires some of them to take further action.

Rape and sexual violence against women and children is a story that is under reported by the media. We want our RSJC protest actions to get media attention so that the media highlights the high rape rates and the lack of specialised services that enables a culture of impunity for rapists. By sharing the media stories on social media channels our followers amplify our campaign messages even further and encourage more people to join the campaign.

With the protest actions and the attention received from the media, the Rape Survivors Justice Campaign engages with coalition partners from organisations across South Africa to encourage them to endorse the campaign and contribute to joint community advocacy as well as the lobbying of government and political stakeholders. This gives us strength and influence when approaching government. Once the campaign is strengthened by our coalition partners, together we can make submissions to Parliament and government departments in order to ensure that laws and policies support sexual offences courts and other specialised services that feed into these courts.

This is not something that will be easily achieved, nor will it happen overnight. This will take a concerted effort of many people working together over many years. It will be slow and at times it will be frustrating. But if we strive for our vision and work together we believe we can achieve real change.

Join us on our journey.

The Best Internship Ever: Reflections on My Time with Rape Crisis
Scroll to top